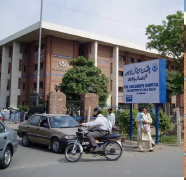 The purpose of the twinning is the mutual education of the staff in Child Health services in NHS Greater Glasgow & Clyde and in Lahore. This arrangement links us to an important emerging institution in one of the poorest countries in the world. However it is equally beneficial to the service provided at Yorkhill. The Pakistani origin community (Glasgow’s largest single ethnic minority) are substantial users of Yorkhill and come mainly from the area around Lahore. The twinning increases staff knowledge and understanding of the cultural origins of this quite vulnerable group as well as enhancing relationships with the community.

Achievements: We have sustained a partnership with colleagues in Lahore over 17 years during a period of significant international challenges in any relationship with Pakistani institutions. We have developed strong personal relationships with colleagues in Lahore in multiple specialties and many individual health professions. Our partnership working has extended beyond medical staff to nursing and many allied health professionals. Many individual departments in Lahore have developed because of training opportunities in Scotland. Two examples relate to infant feeding in Lahore where education programmes have been established. The neurology department in Lahore is led by a child neurologist who has visited Glasgow for 2 periods of training. There have been 3 neurology related visits to Lahore and there are now dedicated specialist neurology wards and services for the children of Lahore. The Royal Hospital for Children’s relationship with the Glasgow Pakistani origin community has strengthened greatly through the twinning engagement. Glasgow staff have gained perspective on global health issues and how priorities in different parts of the world may differ.

The twinning has been supported by various charitable donations, mainly from the Glasgow South Asian community, contributions from Glasgow Children’s Hospital Charity, and administrative support and an early grant from Yorkhill Children’s Foundation. Recently we received small grant from NHS GGC to support a visit to Glasgow.

This twinning Programme was originally an initiative of the Trust board who were seeking to increase Yorkhill’s international profile. The Children’s Hospital and Institute of Child Health, (CHICH) Lahore, was then a newly opened, purpose built specialist government hospital, serving both the city of Lahore (pop 10 million) and the state of Punjab (pop 60 million), Pakistan.

To continue to raise the level of child health education in Lahore and services to the children of Punjab. The Children’s Hospital in Lahore acts as a centre of excellence and model to all the hospitals serving the 60 million population of Punjab. We have raised the profile of the Scottish Health Service in Pakistan and demonstrated the importance of engaging with Scotland’s Pakistani origin community.

We will continue to develop the Twinning in a flexible way guided by colleagues in Pakistan and from knowledge gained by visits to Lahore.
Each year Children’s Hospital Lahore decide on which specialties or areas of practice they would like to develop, and we assess how this can be achieved. Infant nutrition and promotion of breast feeding has important public health implications in Scotland and Pakistan. Through training academics interested in infant nutrition in Pakistan we hope that good evidence-based practice can be disseminated through educational institutions as well as through the hospital.

Visits to Lahore have been affected by international events since 2001 and anxiety about risks to safety. We have faced challenges in gaining short educational visas for Pakistani visitors to Glasgow particularly for nursing staff. We thus also initiated a telemedicine link with equipment bought by the twinning fund which has allowed us to meet periodically with the staff there and contribute to symposia and lecture programmes in Pakistan.

We worked hard with the Pakistani consulate to facilitate visits of UK staff to Pakistan however help with short term visas for staff from Pakistan, particularly nurses, may have been beneficial.

Return to the partnership map